What is Eversheds Unlocked?

Running since 2008 Eversheds Unlocked is the firm’s flagship social mobility programme. The three-day programme runs across six of Eversheds UK offices, with over 900 students among its alumni.
The programme aims to dispel the myths surrounding the legal profession. We bring in barristers and in-house counsel who have themselves come through a non-traditional route and are willing to share their own career paths and experiences. As well as participating in a litigation exercise with trainees and solicitors, the students spend time with a trainee on a one-to-one basis to map out the specific actions they will need to take over the next 18 months and beyond.
We provide the students with a real-life dining experience, and the opportunity to ask about the do’s and don’ts of formal dining etiquette. The programme culminates with individual presentations by the students to an audience of trainees, business services colleagues and partners.

How Hilton Worldwide have supported Unlocked

Since its inception Hilton Worldwide have provided speakers for the programme which has been hugely helpful to the students. Having an in-house lawyer speak to Unlocked students really gives them a different perspective to a career within the legal profession which they might not have otherwise considered, as well as discussing the relationship between Eversheds and Hilton Worldwide.

The Unlocked Academy, launched in 2012, is a follow on stream of our Unlocked programme, which supports talented students to achieve their potential whilst studying at university, through a tailored four year learning and development programme, including one to one mentoring.

In July 2016 a group of Unlocked Academy students spent the day at Hilton Worldwide’s EMEA head office in London with their in-house legal team. Hilton Worldwide pride themselves on their approach to corporate responsibility, in particular creating opportunities for young people, and Unlocked is a perfect fit for their ethos, so working with them on this project has underlined the synergies between our companies. The day consisted of various written and practical legal exercises to demonstrate the differences between an in-house lawyer and a private practise lawyer as well as ‘a day in life as an in-house lawyer’, which were followed by presentations from Hilton Worldwide’s finance and development teams. After a pizza lunch and networking with Hilton Worldwide’s London based legal team, the students participated in a mock negotiation exercise which was hosted by Anna Lundy (an Eversheds solicitor who is currently on secondment to Hilton Worldwide) as well as placement and training contract applications skills sessions.

Nadia Milligan, one of the in-house lawyers at Hilton Worldwide commented: “The students were very engaged and it was great to have them over.”

Anna Timms, an Unlocked Academy student’s feedback was, “Cannot thank you enough for the experience, it has definitely made me realise where I am and where I need to be for a career in law. I believe that a career in Corporate Law would be right for me and I think the experience with Hilton Worldwide has opened my eyes to a role in house, something I had never previously though would be suitable for me.” 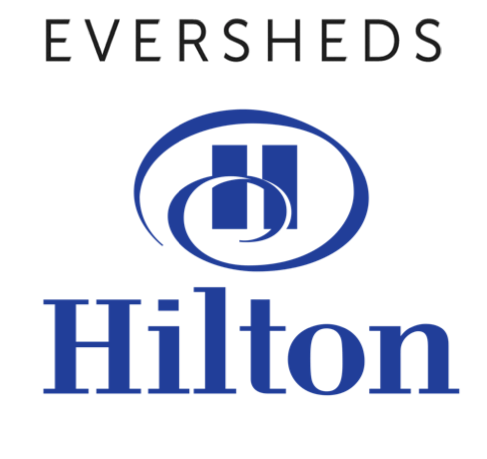